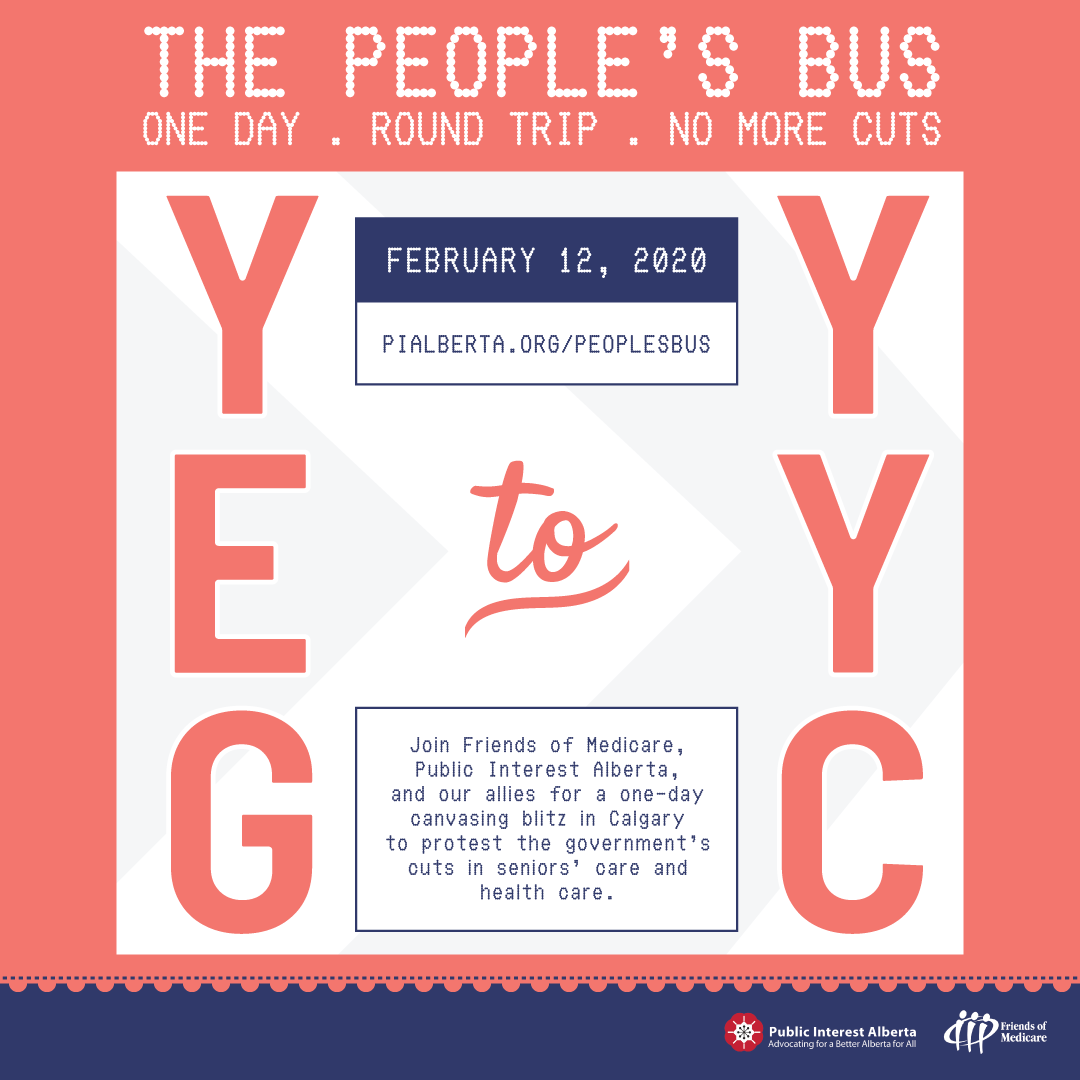 Dozens of concerned Albertans are gathering on The People’s Bus, chartered by Friends of Medicare and Public Interest Alberta. The bus will be travelling from Edmonton to Calgary, making a stop in Red Deer, to canvass the constituency of the Minister of Health, Tyler Shandro. We are concerned about the government's attacks on health and seniors' care.